After a particularly frustrating day in the field that involved some very uncooperative sparrows and a stowaway ground squirrel in our engine (he was fine, just relocated to the bottom of the mountain), we decided to get away from Whitehorse for a day or two and sample some golden crowned sparrow populations abroad. The next morning we loaded up the car and headed south towards Skagway – out of Canada and into Alaska. 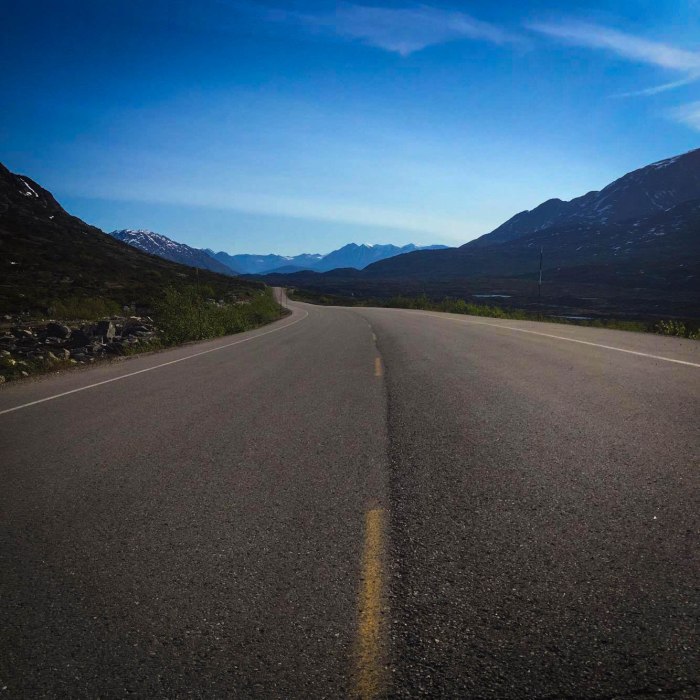 The further south we went, the more impressive the landscape became – mountains grew taller and their peaks became snowier. It was a more aggressive beauty than that of Whitehorse. It shouted at you to pause and take notice.

Before hitting the border, we reached some prime-looking golden crowned sparrow habitat. We tumbled out of the car and pulled the gear we needed out from under piles of backpacks, boots and sleeping bags. By getting blood samples from different populations of sparrows we could go back to the lab and determine the extent of gene flow between different populations, basically how interrelated different populations were.

An hour or two and endless mosquito bites later we had captured four birds. We decided to pack it in for the day and stop in the same place the next day to catch and sample a few more. We squeezed our way back into the car and followed the Taiya River to the border. We passed through border control and just like that we were in Alaska. Within thirty seconds I had already seen my first Alaskan bear, high up on a hill overlooking the border station.  What better way to enter Alaska for the first time. 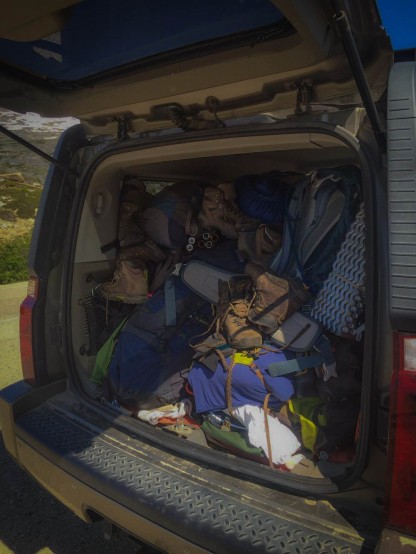 We continued to follow the Taiya River for the 20 miles to our campsite – the National Park Service’s Dyea Campground. It was just off the river and positively bursting with life. Dandelions were splayed all over the ground, stems so long from 14 hours of sunlight that they could no longer hold up their own weight. Shafts of sunlight filtered through the trees with the sound of a robin’s song.  It was positively idyllic.

After setting up our tents, drinking some river-chilled beer and scarfing down some campfire fajitas, we headed into Skagway. It was already pretty late, around eight, but a handful of shops were still open, determined to make any final sales before the last cruise ship left for the night. During the summer the town can host passengers from as many as four cruise ships a day. This constant cycling in and out of tourists gave the town a kitschy feel. Many of the storefronts I recognized from cruises I’d taken in the Caribbean, just painted over with a mountain theme. It was disappointing, so at odds with the natural beauty of the place. It didn’t help that the museums and information kiosks that also lined Main Street were already closed for the night. 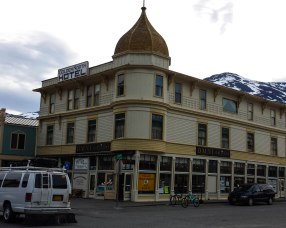 After a quick wander up and down the street, with a brief stop for ice cream, we headed back to our campsite. The birds singing overhead, the river rushing in the distance, every rustle in the bushes a possible bear – that’s why I wanted to be in Alaska. All the people on those cruise ships didn’t know what they were missing. I settled into my sleeping bag and slowly drifted off to the soothing sounds of the great outdoors.

I’ve been studying sparrow populations in the Yukon for the last month before heading to California to hike a portion of the PCT with my thru-hiking boyfriend. Follow along to learn more about Yukon adventures, the research and a typical day in the field.

2 thoughts on “The Road to Skagway”